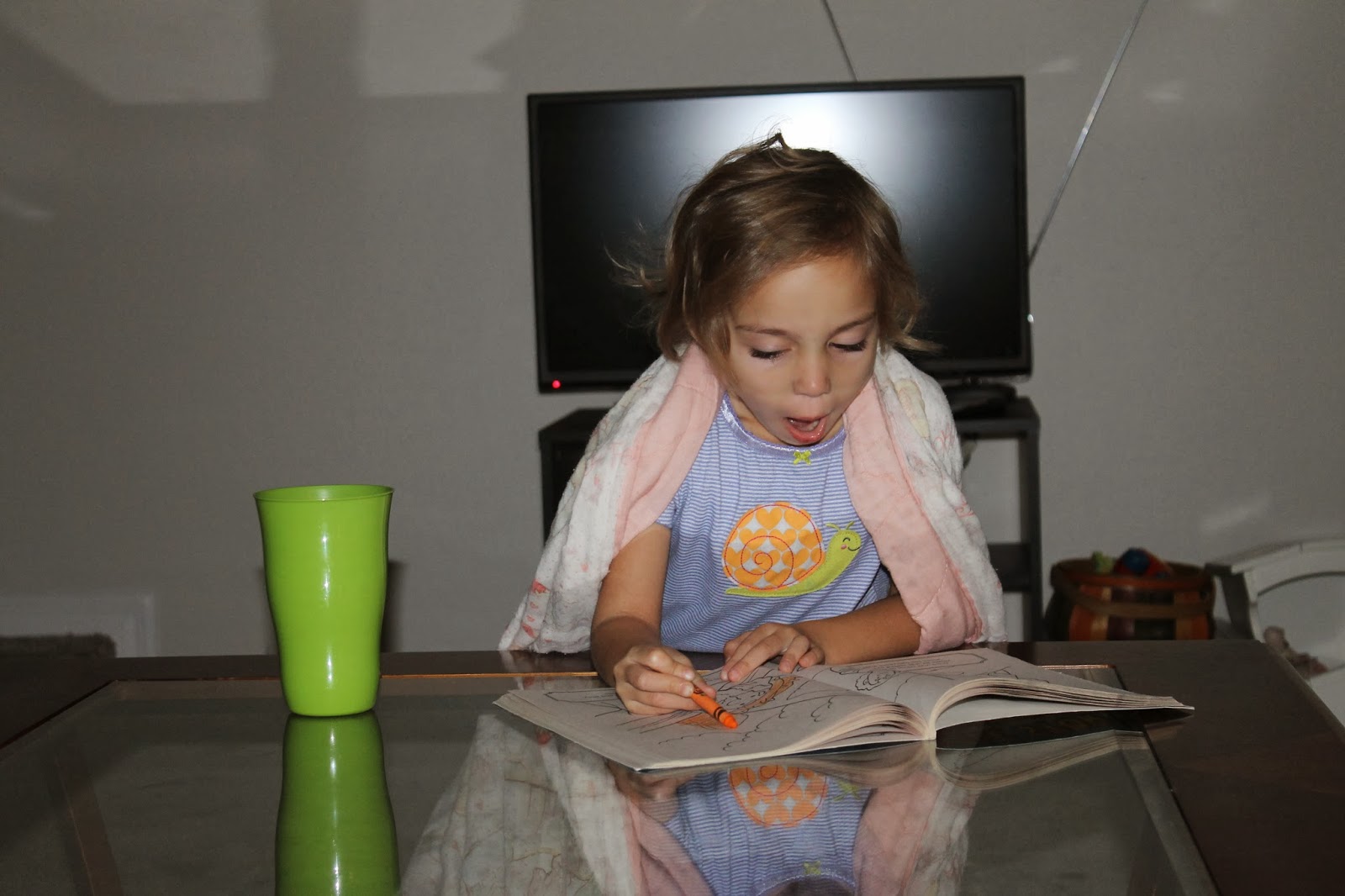 Last Friday was Callie's EEG.  She did so well!  We followed the nurse's instructions and kept her up until midnight on Thursday night.  Then, I woke her up the next morning at 6:08.  (It was supposed to be 6:00, but I hit the snooze)  :o) 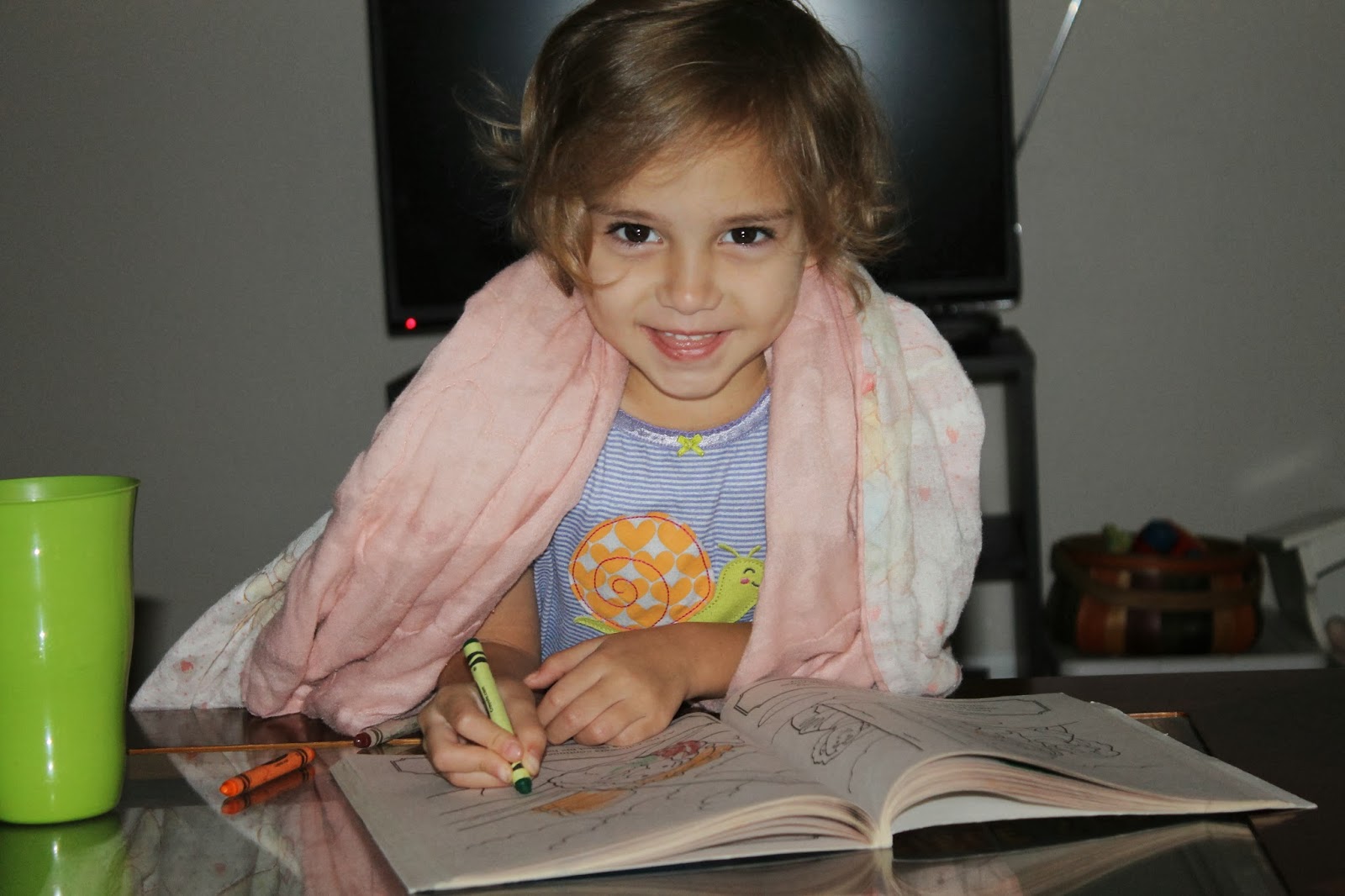 At first it was hard to wake her up, but then she was excited when I mentioned that she could color! 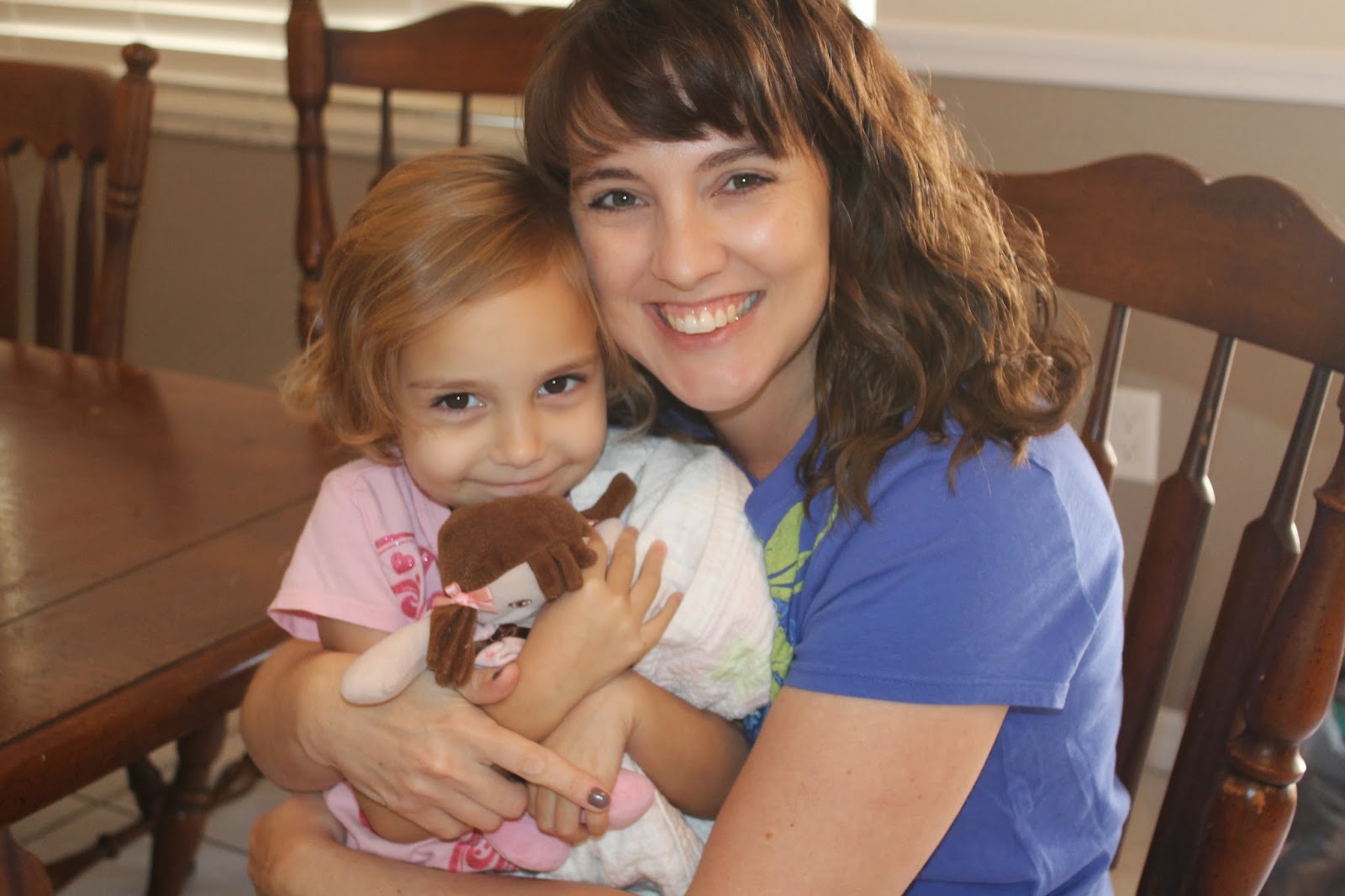 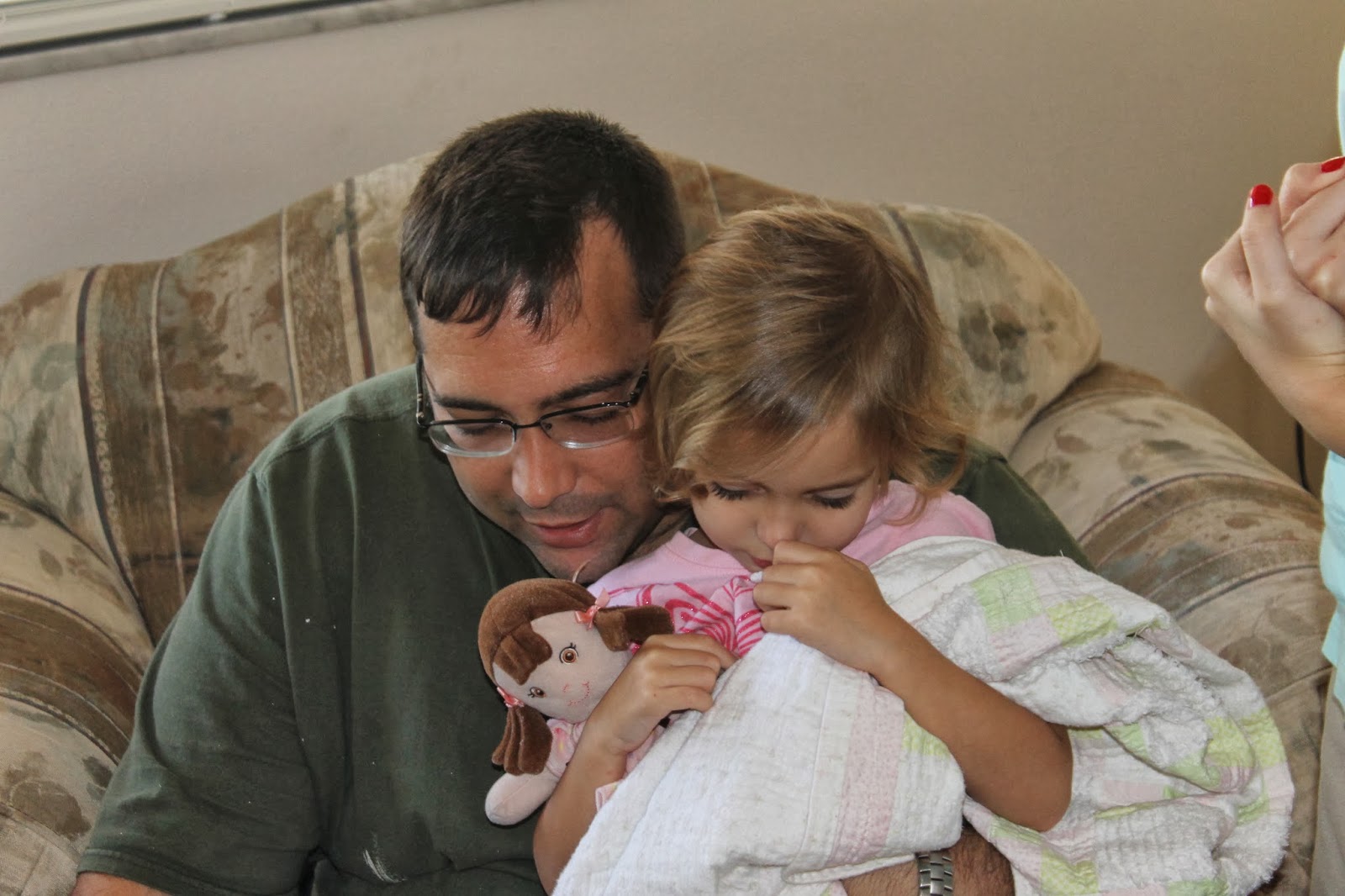 But, first we stopped to pray with Daddy.  He watched the other 5 while just me and my Callie went to the Outpatient Center together. 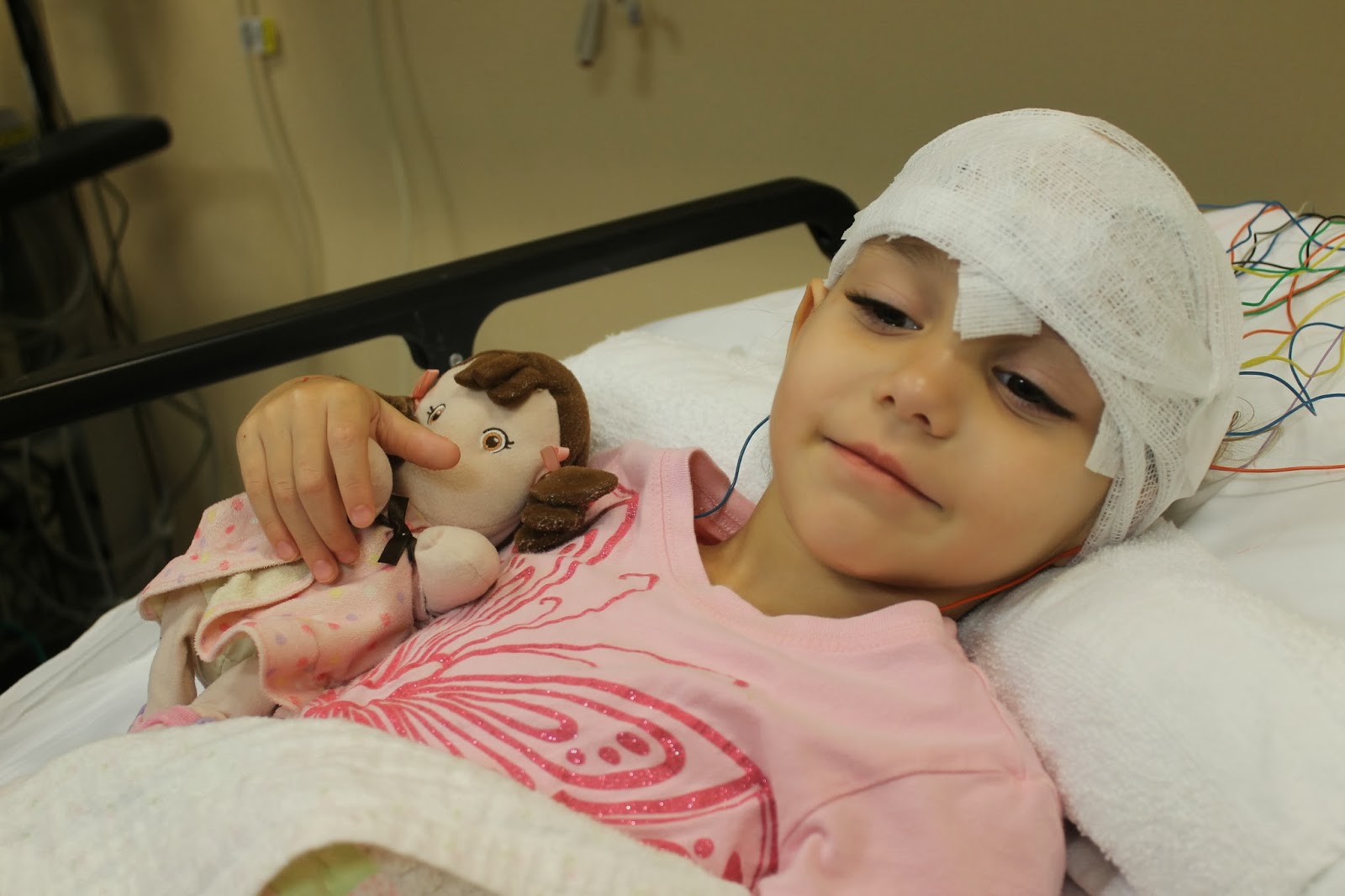 The Lord really blessed us with a great Tech that was great with kids.  He sweetly talked to Callie and explained everything to her (and me!)  He had on cartoons for her.  It was cute, Callie was actually tuning him out for most of the instructions so she could watch cartoons!  He prepped her head with lots of red marks and goopy stuff.  Then, he attached the 26 wires and put gauze around her head.  There were 3 phases of the test.  For the first phase she had to blow on a pinwheel flower for 3 minutes.  We both thought this was great fun and made a game out of it.  She ended up getting a little giggly.  Then, for the 2nd phase, they wanted her to sleep.  She was tired already so it worked perfect! They turned out the lights and she snuggled with her blanket.  She was out in no time!  Then, for the last phase, they woke her up and flashed bright lights at her.  Then, we were done! 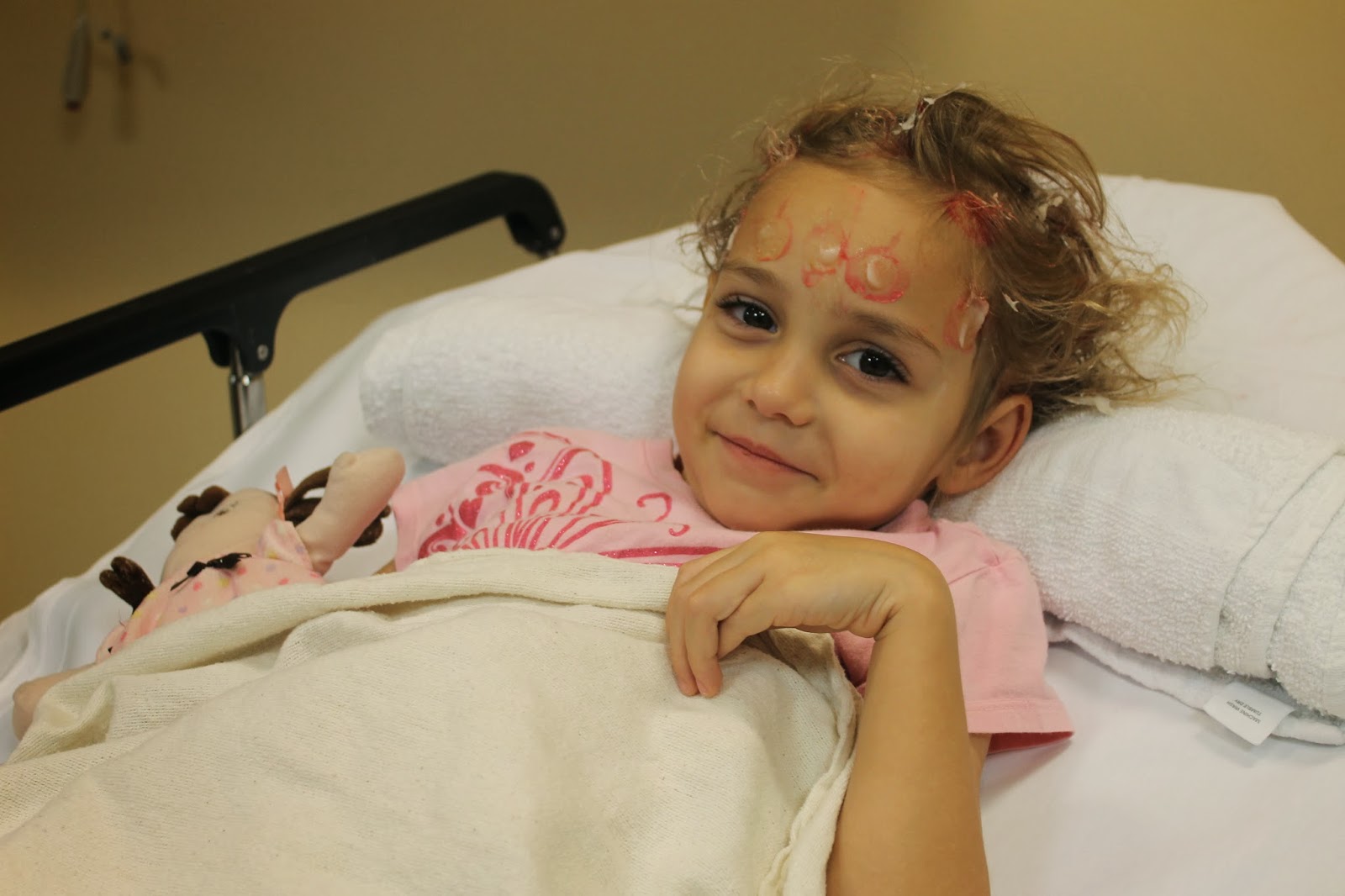 She said the worse part was when they wiped the yucky stuff off of her head.  She said that the wipe hurt.  I was so proud of my girl!  She was so good and obedient!  So, of course I had to reward her! :o) 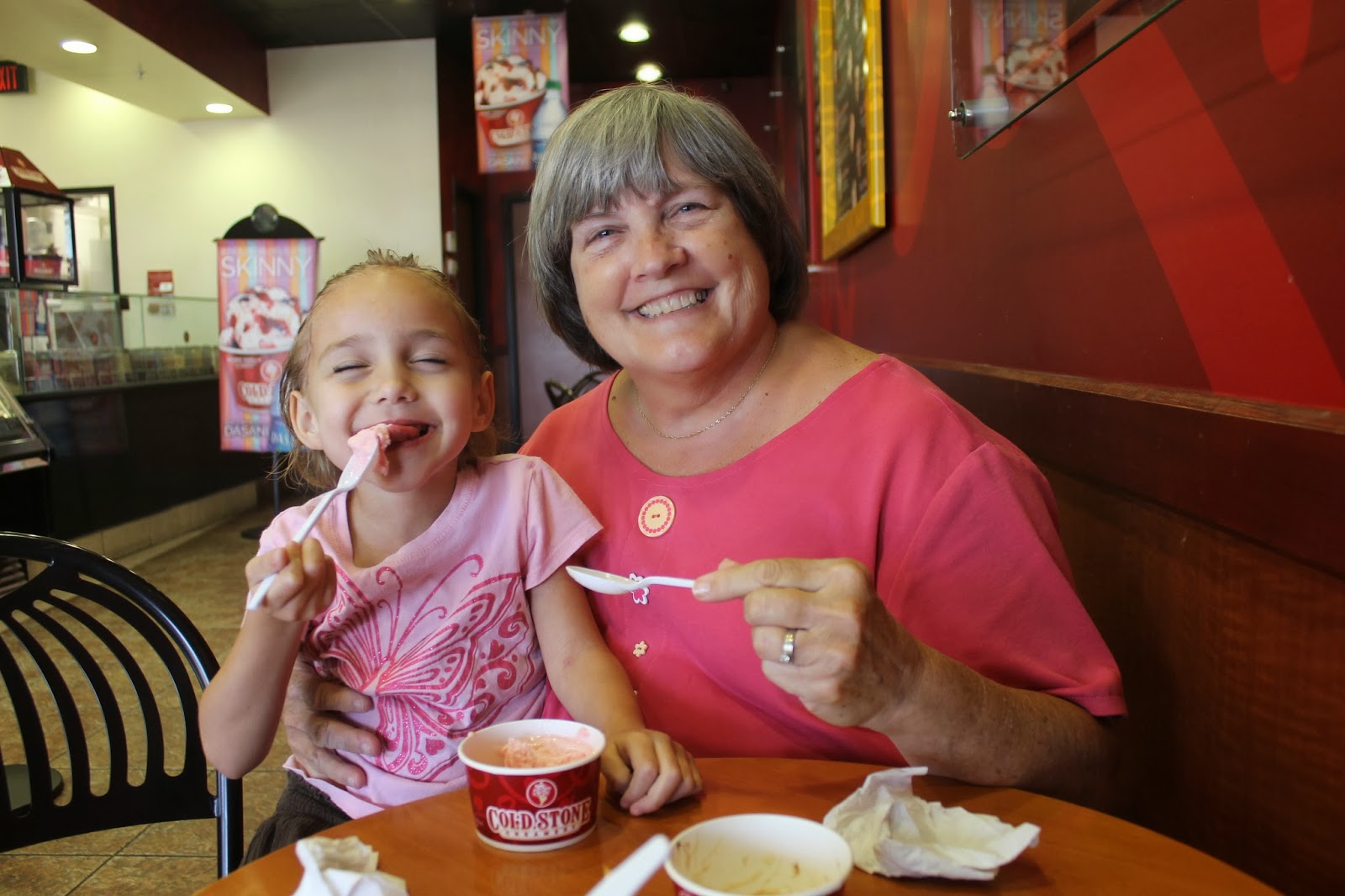 I called Mom and she met us at ColdStone for a scoop of Strawberry Yogurt.

As far as results, they said if there was anything alarming, they would call us Friday afternoon.  We didn't receive a call!  The report will be sent to her Pediatrician Monday.  Callie has been as active and goofy as ever, Praise the Lord!  I sure do love my girl!
Posted by Kami Gimenez at 11:45 PM