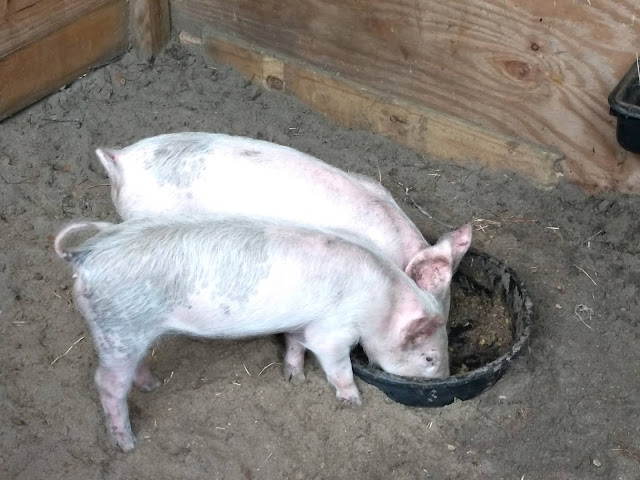 ...we got another pig.  Then another. 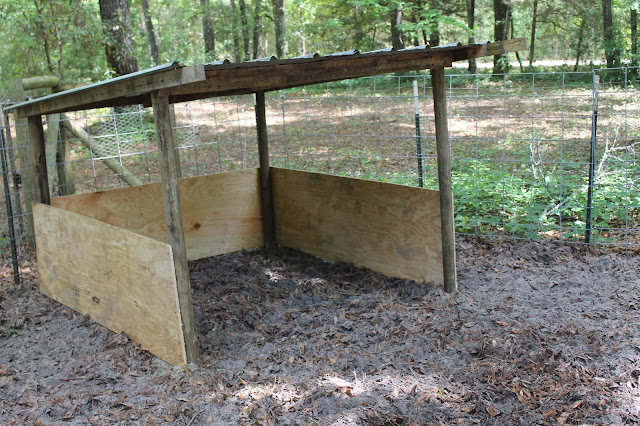 At the end of last spring be bought a pig.  Then, in the fall, we took her to the butcher.  We said we would never ever buy a pig again.  She was a pain to take care of and stunk soooo bad!
But then we picked up all the meat from Nettles Sausage ( an amazing local butcher) and we were amazed at how much we had and the cost!  It was really great for us. So we decided with a few alterations to the situation, we would buy another pig.

1st change was Patrick put some fencing up in the goat paddock  not being used, and created a new pig area.  He even built them a little shelter.  So adorable.  He also rigged up a new watering system that is amazing...I'll post on that soon.
So they are away from the house and we don't smell them.  Yay! 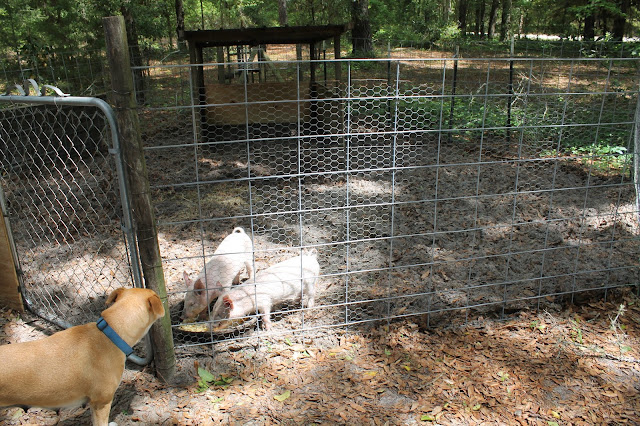 So we bought our little pig.  I told the kids we'll name her Josie Pie.  Just like our last pig.  Then, my sister decided to join us in the process and she bought a pig that we are raising for her.  They named her Sweetie Pie.  Isn't the name fitting? :o) 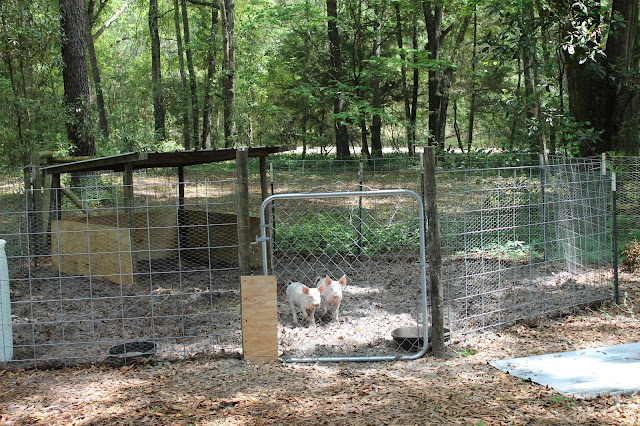 The first few days were interesting.  And that's putting it nicely.  Even though both pigs were from the same litter and both were females, they fought.  A bunch!  It's not fun to watch pigs fight!  They tear each others ears and bite each other and make each other bleed!   After 3 days they were done.  Now they get along great and you can see them resting in the sun together! 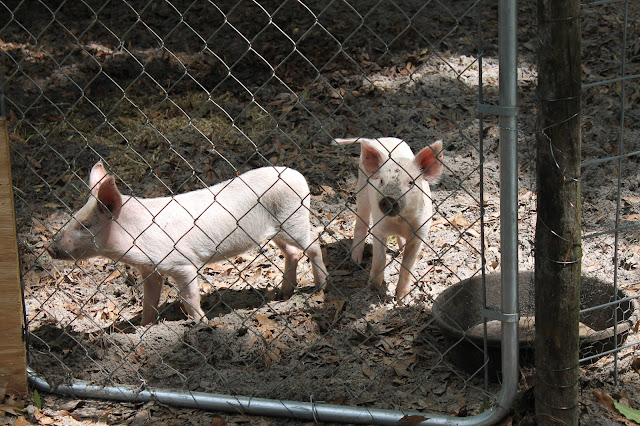 They are enjoying any scraps and leftovers we give them.  They're not picky that's for sure!  They're growing already and by late fall we should have a freezer full of pork! 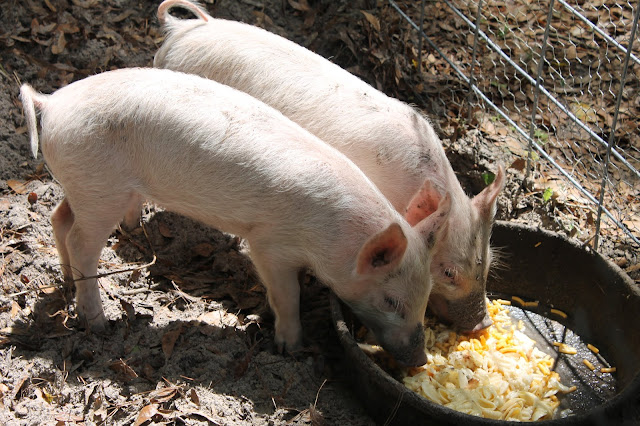