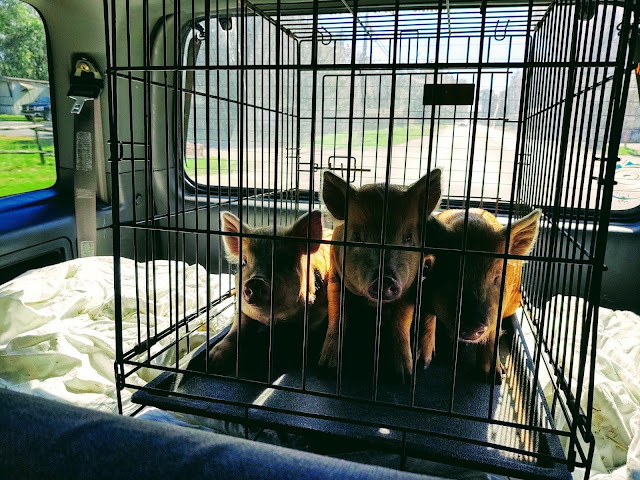 Well, we did it again.  We bought more pigs.  If you would have told me when we first got married (last year for that matter!) that we would be pig farmers, I would have laughed.  But, somehow on this adventure of being farmers, we've found that we can raise pigs.  It's working for us.  So, since we butchered our last Josie Pie, we decided to buy another.  This time Patrick said we should buy 2.  One for us to fatten and butcher, and another to barely fatten, and then do a pig roast and invite our church family. 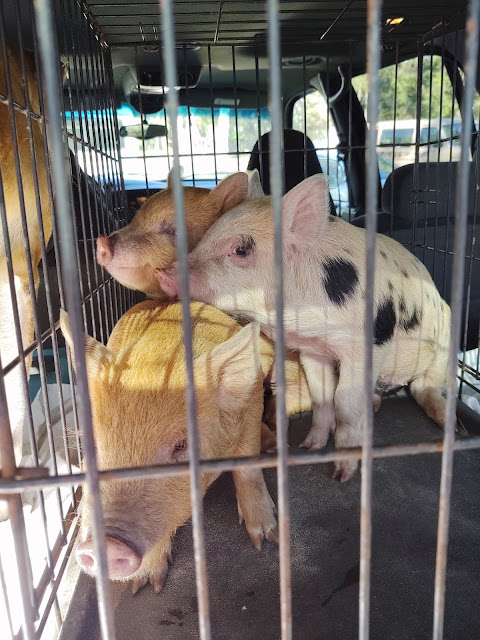 We found someone on Craigslist selling piglets for $10 which is a really great deal.  When we got there she said she would throw in a male piglet for free.  3 pigs for $20 isn't bad at all! 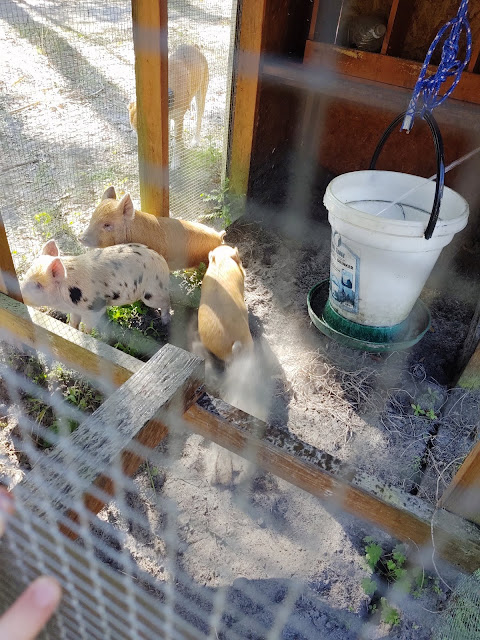 We put them in our "mini barn" pen for a couple of weeks.  Then, it was time to transfer them to the bigger pen.  These next pictures make me laugh.  As I was waiting at the pig pen for them to bring the pigs, I first saw Silas.  He had his squirming pig in his arms. I thought he was going to drop it!!  He was racing to put it away.  It was squealing and you could hear the echoing through the woods.  He did good though and didn't let go. 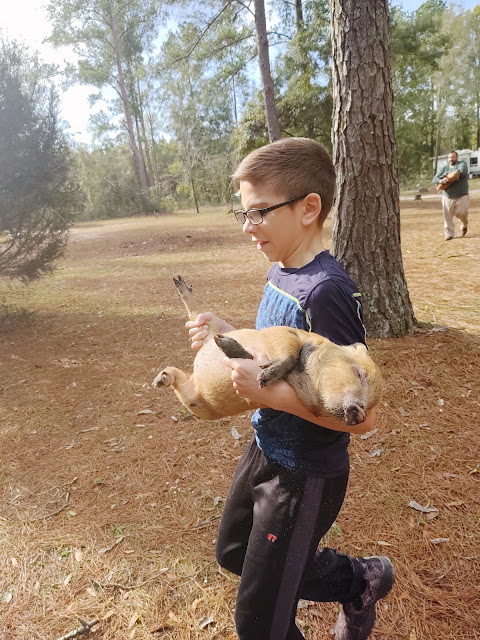 Then, came Patrick.  His piglet wasn't squirming like Silas's since he is stronger and could hold it down better.  But, it was so loud and wasn't happy at all!! 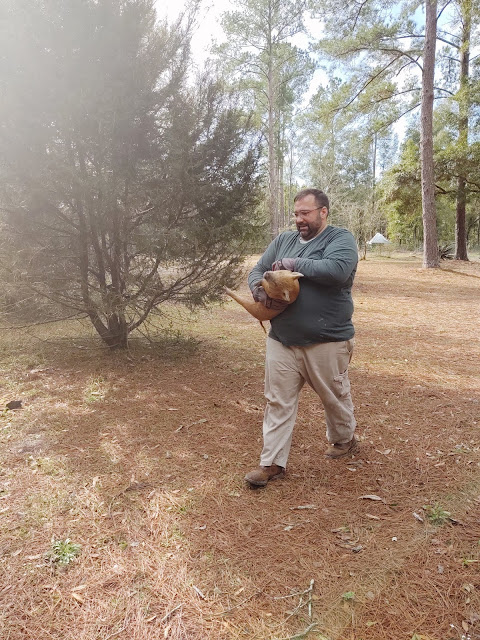 Then, last of all, Beth came holding the cute spotted piglet.  It wasn't moving, wasn't squirming, and wasn't making a sound.  It was just so peaceful in my sweet Beth's arms.  That's my girl!  A farmgirl at heart. 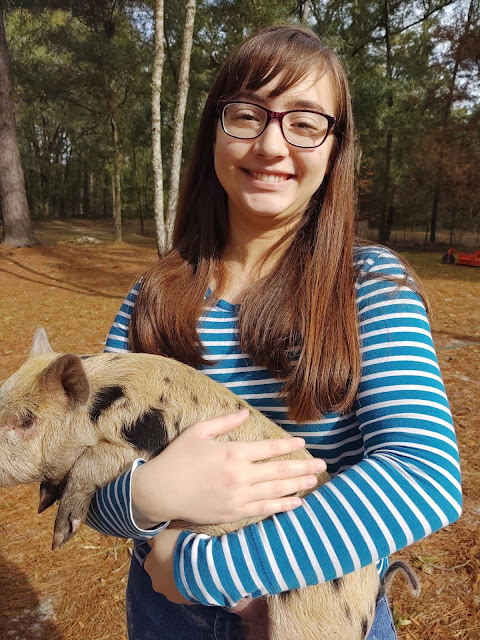 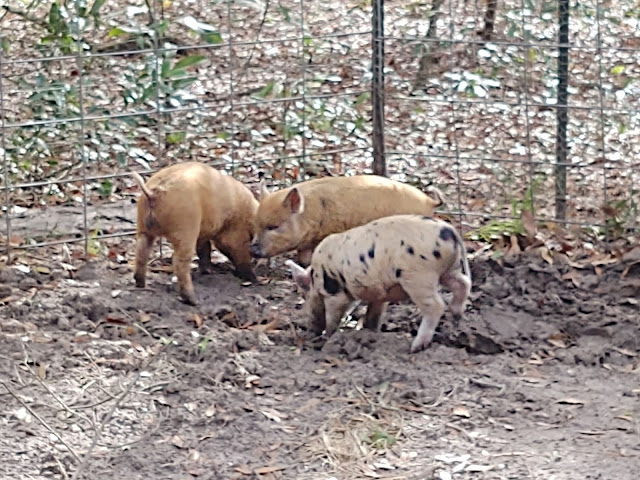 These crazy pigs have escaped a few times from their home, but I think we finally have them secured.  They are sweet now, but I know in a few months they'll be stinky and ornery.  I guess that's the life of a pig farmer! ;o) 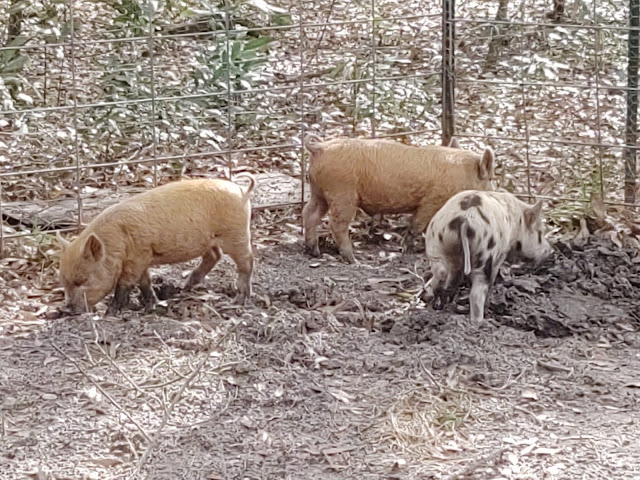