Here I raise mine Ebenezer 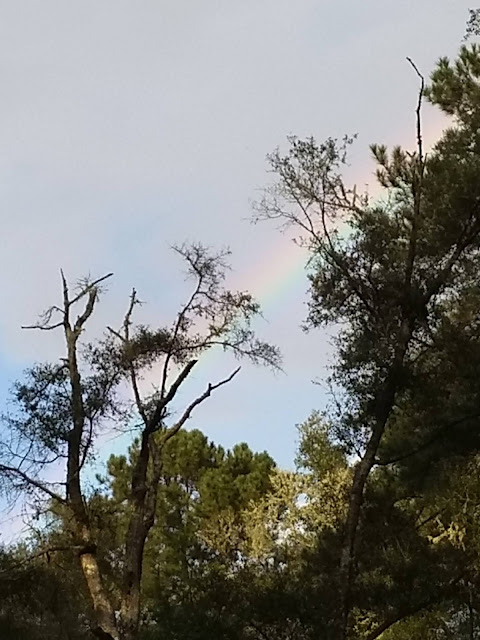 If you're anything like me, you may get to some of the words of the song "Come Thou Fount" and sort of skip over them.  Some are not exactly in the language of today and can be confusing. In fact, some remove some of the harder, more difficult meanings out of our hymns and rewrite them.  But,  that's what makes the older hymns so deep and rich in meaning.  I like they are not "fluff" and make you think.  It's true of that when you come to the words, "Here I raise mine Ebenezer."  What in the world does that mean?

In order to understand that phrase in the song, you must go back to the Bible.  I love that! In 1 Samuel 7:3 you find revival happening in Israel.  Samuel, the prophet, told them that it's time to turn back to God.  He told them that if they will put away their idols and false gods from them, and would prepare their hearts to serve the Lord and Him only, that He would deliver them from their enemy, the Philistines.  The people took his words to heart.  They forsook their idols and false gods.  They chose to serve the Lord, and Him only.  Then, they confessed their sin and got right with God.  What a time of revival!

But, then....their enemy heard about it.  They heard that the children of Israel had gathered together and were ready to stand up and fight. So, the Philistines decided to go up against them.  And do you know what happened to the children of Israel?  Their response reminds me a lot of what our response as christians can be when opposition comes: Fear.  They were afraid.  But, what they did with their fear makes all the difference in the world!  They chose to go to the prophet and ask him to pray.  They knew they would need to get a hold of God and have His help!

And that's exactly what God did.  He helped them!  He heard the prayer of Samuel and fought for them!  After this great victory Samuel took a stone and called it Ebenezer. He knew that we are all so prone to forget and wanted to have a memorial to commemorate and what God had done.  I Samuel 7: 12 says, "and called the name of it Ebenezer, saying, Hitherto hath the LORD helped us."

So, the writer included the words in "Come thou Fount"
Here I raise mine Ebenezer, Here there by thy great help I come

He truly is our help.  As christians, we will have time of difficulty.  Sometimes we have it in our minds that when we get our hearts right and choose to only serve the Lord, that trials will go away.  God doesn't promise that.  But, He does promise to be our help.  He wants us to never forget that He's there ready with outstretched arms every step of the way.  "Here I raise mine Ebenezer" is like raising the white flag of surrender to God and recognizing that you can't live without Him. I know I can't.  So thankful for a Savior that wants to be my help and walk with me each step of the way!

Labels: 2020 Devotion Plan, From my heart

Newer Post Older Post Home
Subscribe to: Post Comments (Atom)
Welcome to a peak at my Diary! (Don't you just feel like a baby sister sneaking a peak at her big sis's secrets? :o) My name is Kami and I am the blessed wife to my high school sweetheart, Patrick. We have 6 children, Joshua-24 that has married a wonderful blessing, Tabitha, Elisabeth-22, Brenna-21, Silas-11, Callie Grace-10, and Micah Reuben-8.Joshua and Tabitha added a new title to my name! I am now a grandma (Lolli) We love our Liberty Anne and Freedom Joy! We are so blessed to be following God's will for our life. God has called my husband to plant and now pastor Victory Springs Independent Baptist church in High Springs, Florida. It's an exciting life serving God! I hope you enjoy reading the daily happenings of a hectic yet happy, busy but blessed wife.