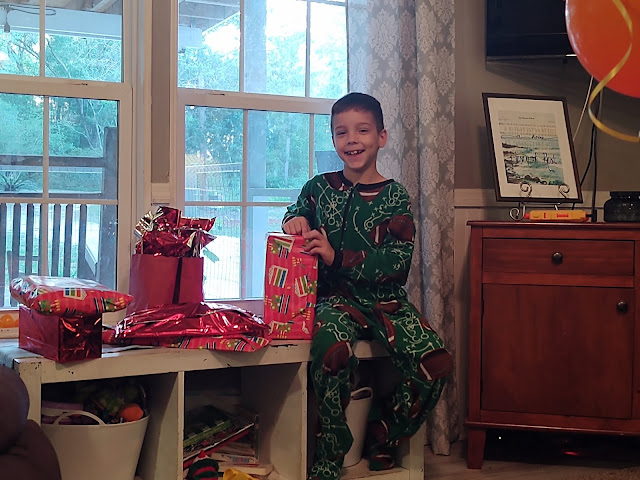 My sweet Micah turned 8 years old!  This sweet kid is such a joy!  He has that magnetic kind of personality and is just an interesting kid.  He loves to work with his Daddy or any man that comes to the house with tools.  A/C guy working?  Micah is there.  Pumping Septic tank?  Micah is there.  Crawl under the house and put in more supports?  Micah is there and not afraid.  Fixing the car?  Yup, he's there, too.  Pretty cool kid! 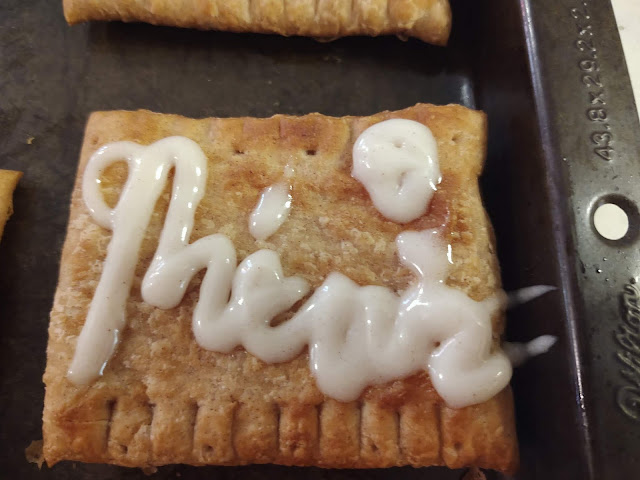 He had many requests for his birthday.  He knew he wanted toaster strudels.  Who wouldn't? 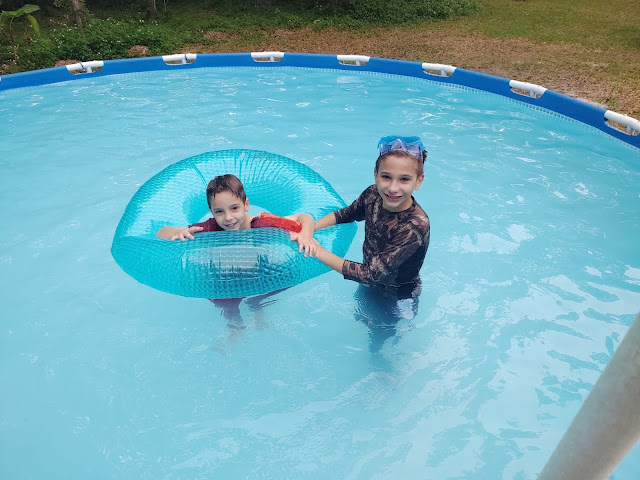 And lots of pool time.  Even though it was freezing, I think he swam 3 separate times. 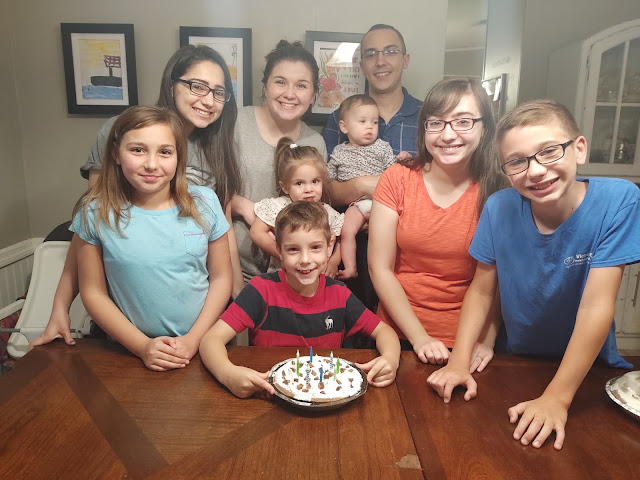 Then, we finished off the day with a chocolate pie.  He said he wanted it to have chocolate, whipped topping and topped with Reese's.  It was so good! 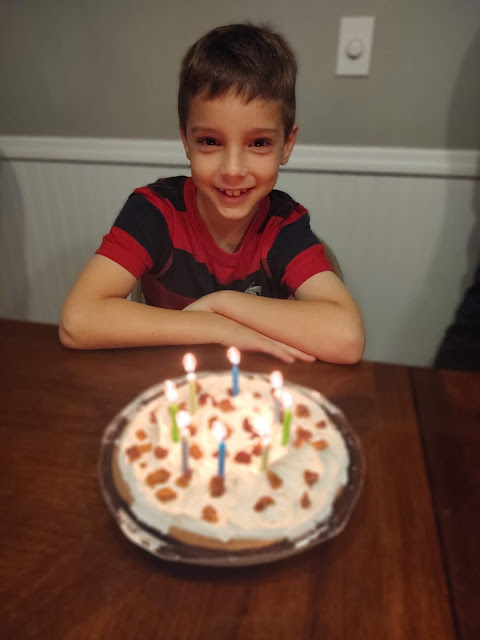 Sure do love this kid!  If you think about it, I would appreciate prayers for him.  He's been battling headaches and dizziness.  He's seen a couple of doctors.  The primary care thought it was from his allergies so they sent him to the Pulmonologist. The Pulmonologist determined he definitely has asthma, treated him for that, then sent him to a Cardiologist who sent him to a Neurologist.  Now they have a brain MRI scheduled in a couple of weeks just to do some double checking.  He's doing well though and doesn't have the headaches too often.  It's just concerning when he does.  The doctor said that he may just be the type of kid to get a migraine every so often. We shall see.  But until then, this kid is busy.  Dirt Bikes, swimming, playing ....this kid is amazing!  We love you our Micah Roo! 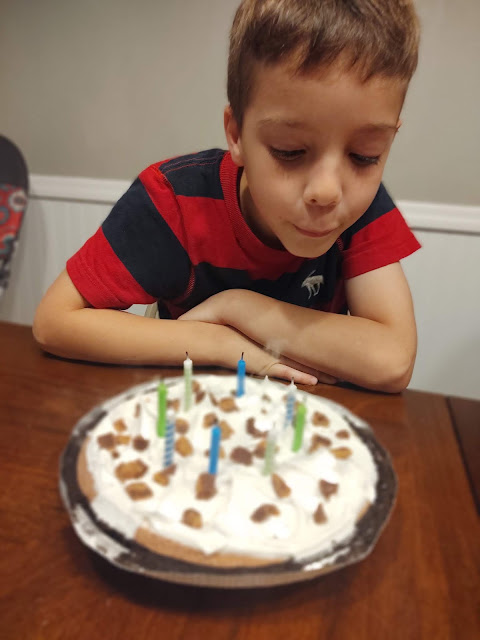