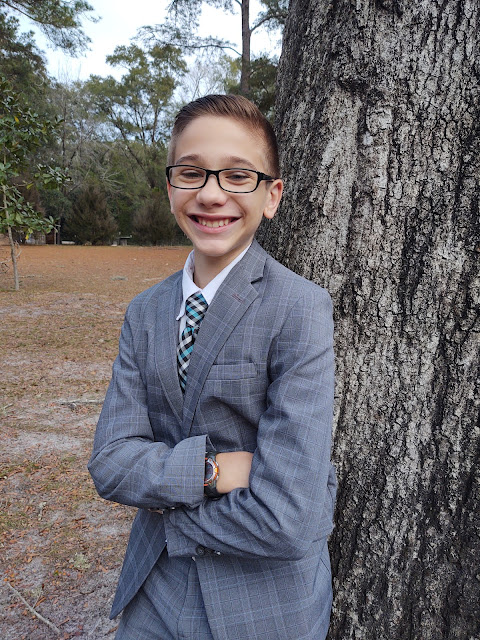 We had a great time celebrating my boy's 12th birthday last week.   It seems like just yesterday we were announcing his coming and his arrival on this blog.  He's really grown up a bunch! 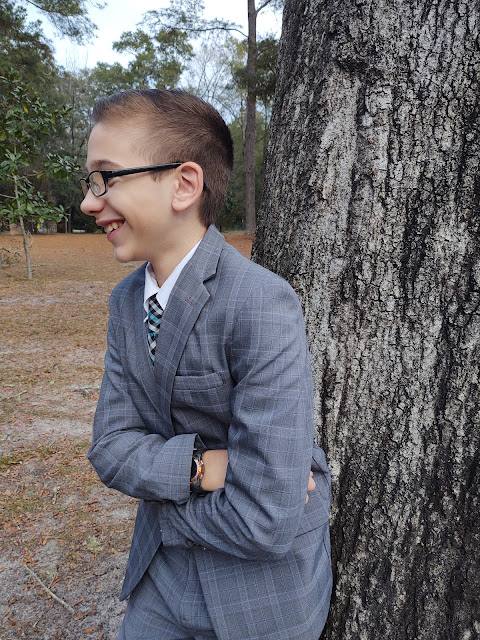 It's so amazing how God makes each child different.  You would think that coming from the same 2 parents, raised in the same way, they would all be the same.  But, wow, that is not true!  My Silas is a lot like my Joshua.  He's super smart.   Intelligent is really more the word.  He remembers things very (too) easily.  He has a joke or riddle he can recall about any situation.  He loves trivia.  He also loves sports.  He plays football or basketball any chance he can get.  So when you combine intelligence, trivia and basketball, here's what you get:

Silas: Dad, do you want to shoot some hoops with me?

Silas : (After playing about 10 minutes)  Dad do you want to know the percentage of shots you make that you shoot? 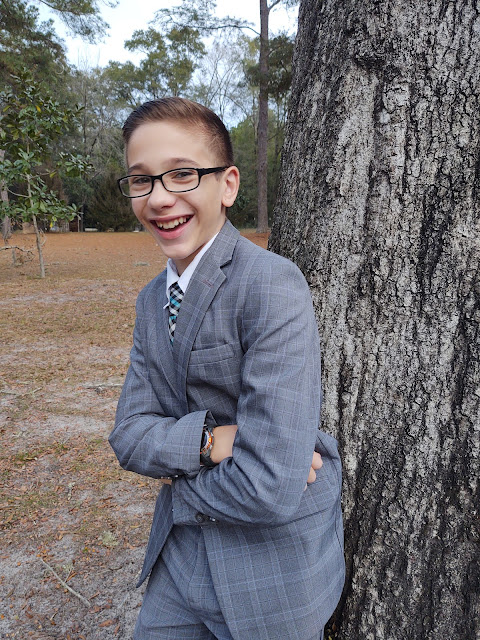 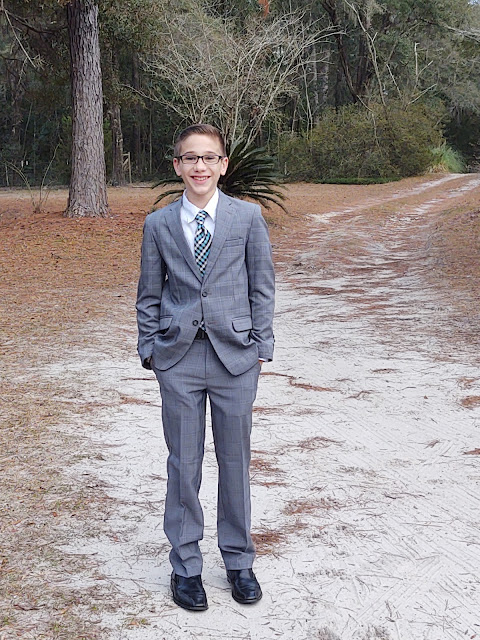 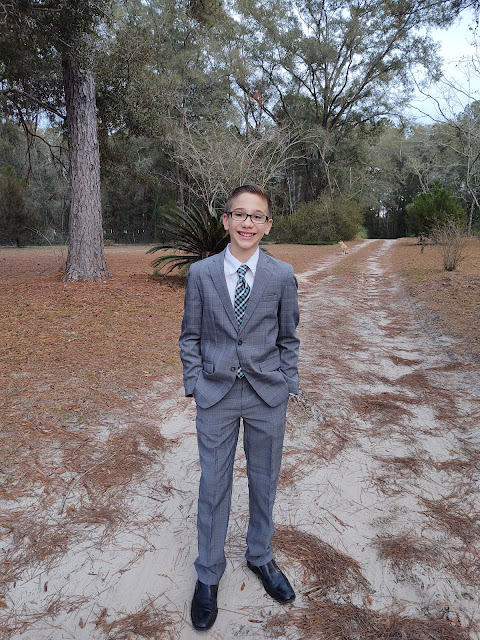 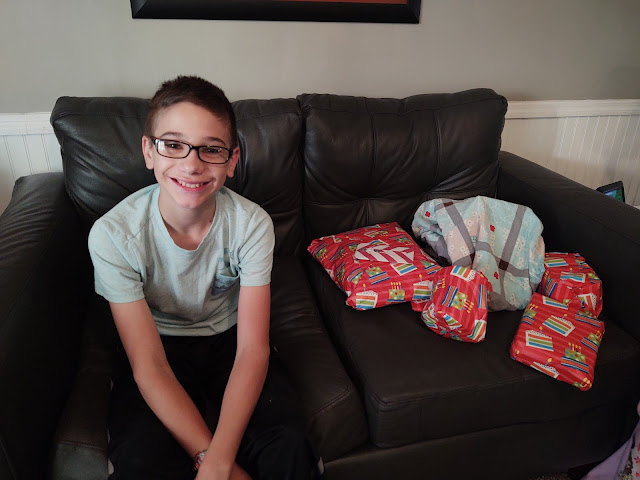 We had a great time on his birthday. I love how my kiddos plan the whole day out, meals included.  Of course, we started with opening gifts. 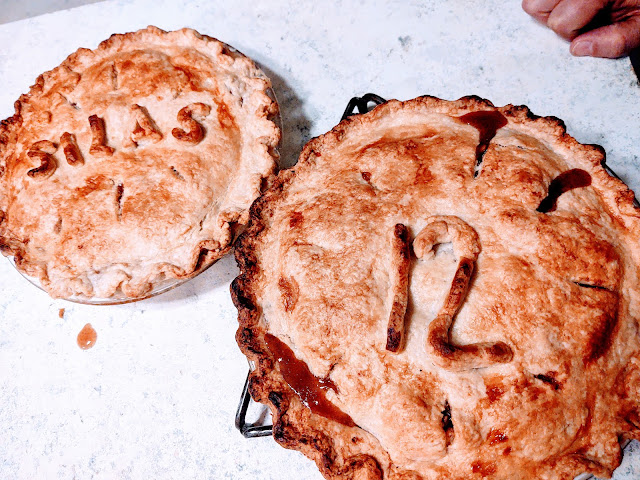 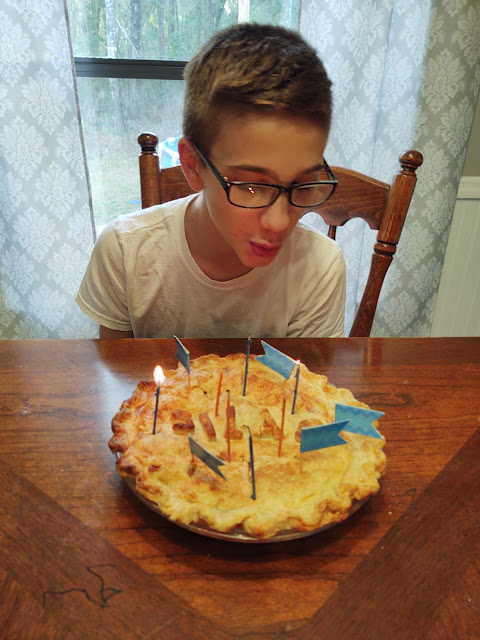 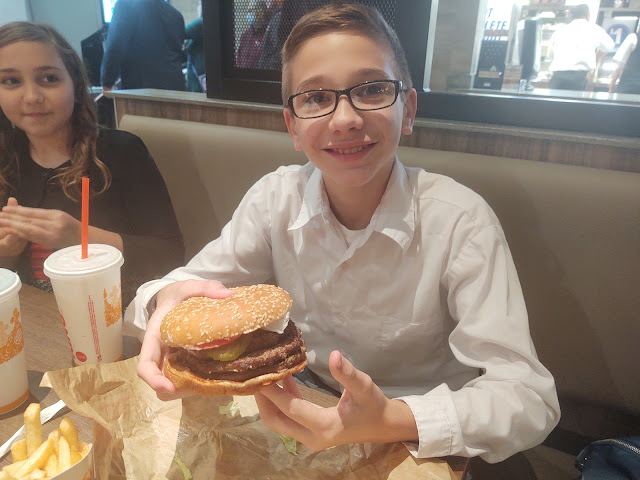 For dinner he wanted to know if we could go to the new Burger King they just built down from the church.  So, we invited our church family and took over BK after the Wednesday night service.  Silas wanted to know if he could get a triple Whopper.   He ate the whole thing!  Along with fries, soda, a shake, and an ice cream cone.  Yes, he did have quite a belly ache on the way home!

We love you Silas Boone and are so proud of the young man you are becoming!!