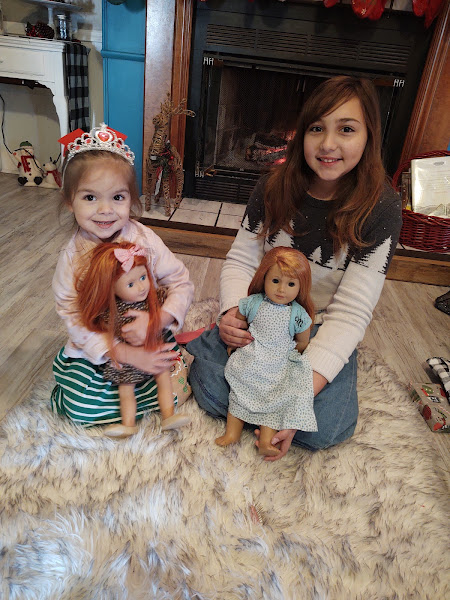 Our precious Liberty Anne, our first granddaughter, turned 3 last week!  She came over first thing in the morning to show us her "Maryellen" doll.  Not too long ago Callie received and American Girl doll, Maryellen, and Liberty has admired it ever since.  Josh and Tabitha were able to find a doll that looked similar for Liberty for her birthday gift.  She was so excited to come over and play dolls with Callie! 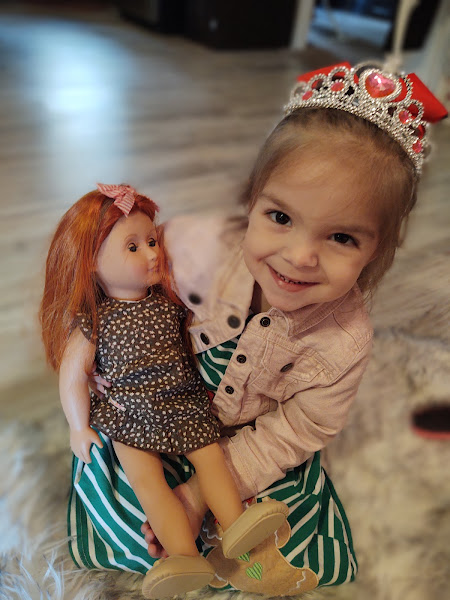 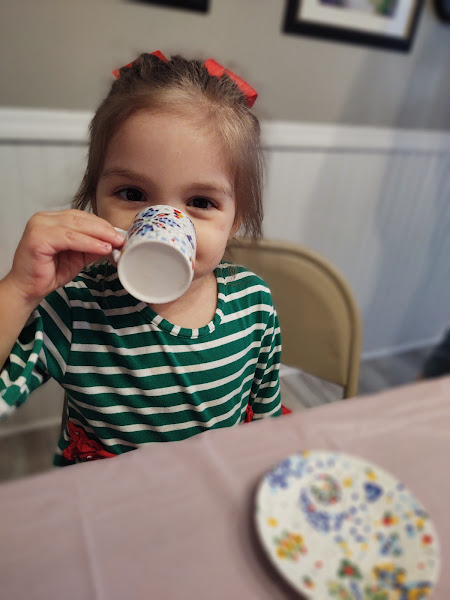 Then, it was tea party time!  Tabitha planned a fun tea party with lots of muffins and goodies.   It was so sweet and yummy! 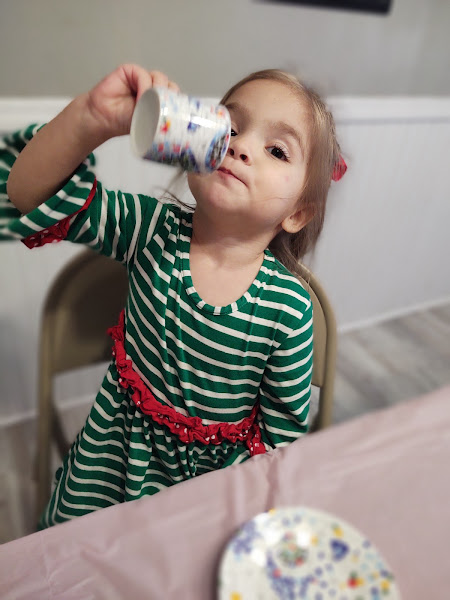 Liberty drank a bunch of tea!! Or I guess I should say had a lot of sugar.  I was watching her with the spoon of sugar and each cup of tea had at least 3 large spoonfuls.  And she had a mini cup!   Love that girl! 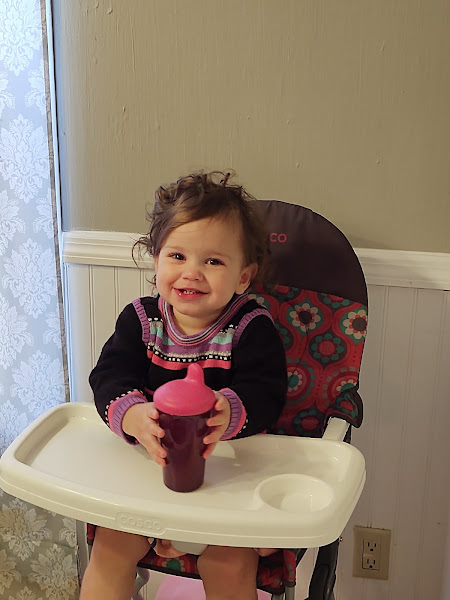 Freedom had fun with her iced tea in a cup.  So smiley! 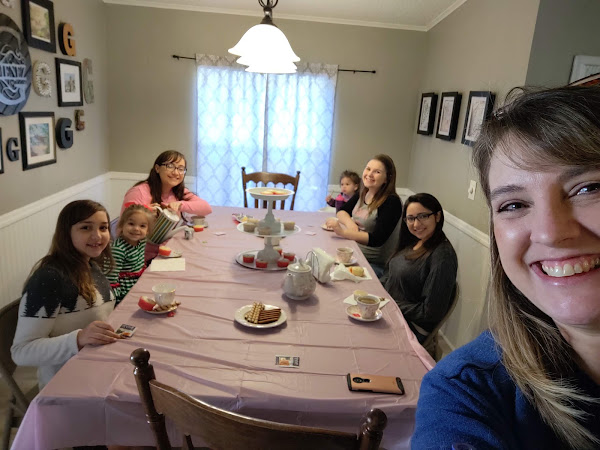 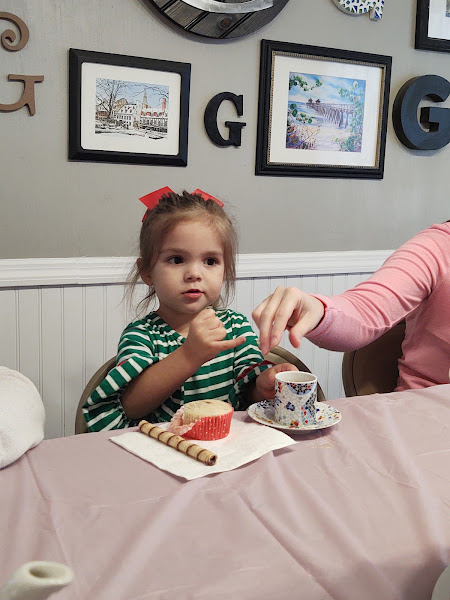 We tried to teach Liberty to drink with her pinky in the air, tea party style.  She was so funny!  She would hold out her pinky with one hand and drink with the other! 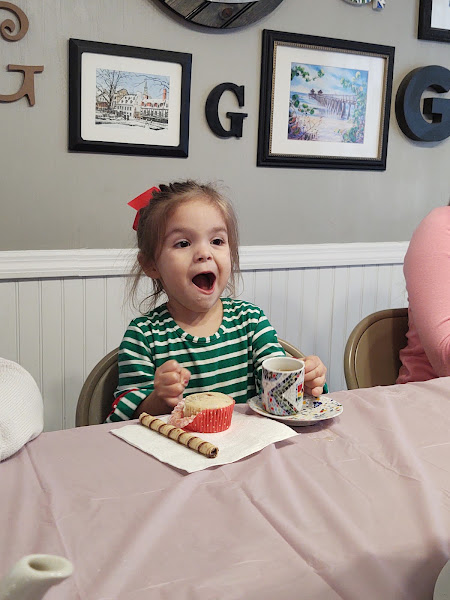 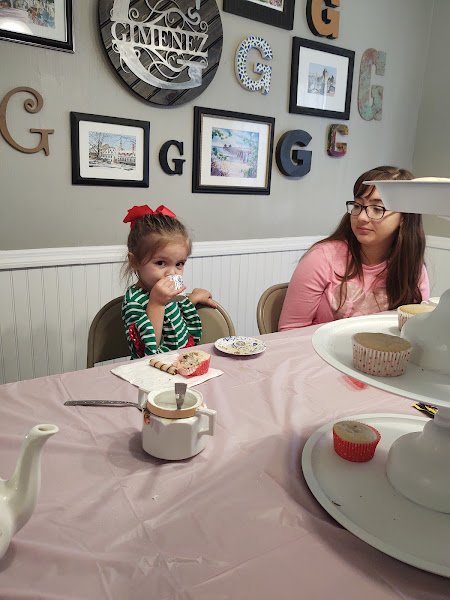 She finally got it down! 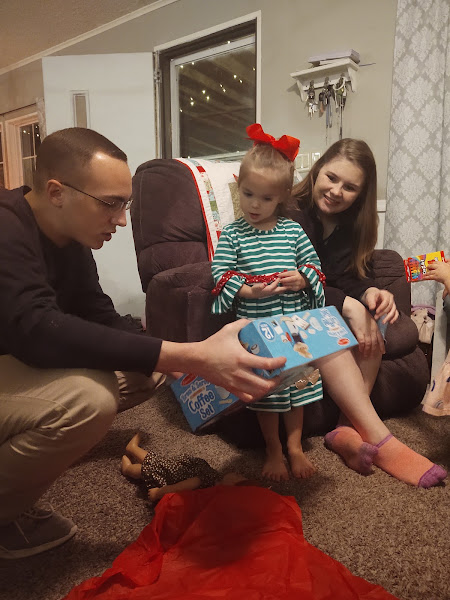 Then, that night she came over to open her gifts.  She was so sweet and thanked each person after opening a gift.  Josh and Tabitha are amazing parents and are doing such a great job training their children.  It's a blessing! 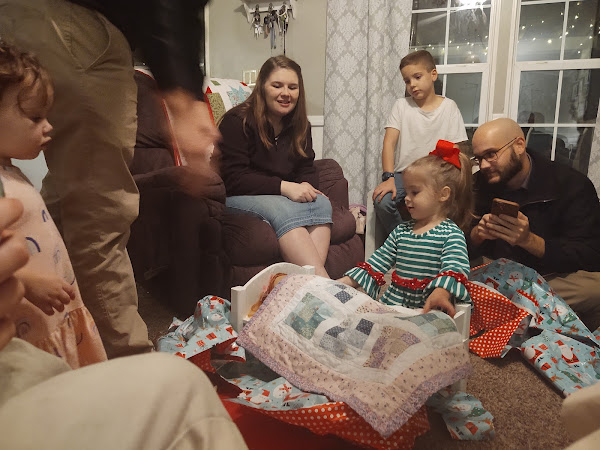 Pops (Patrick) made Liberty a bed for her new doll, which she named Gracie. And I made a quilt for the bed.  Liberty was happy to have some new things for her baby. 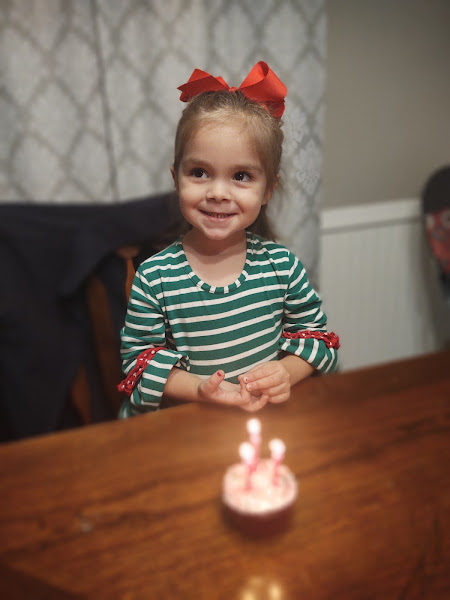 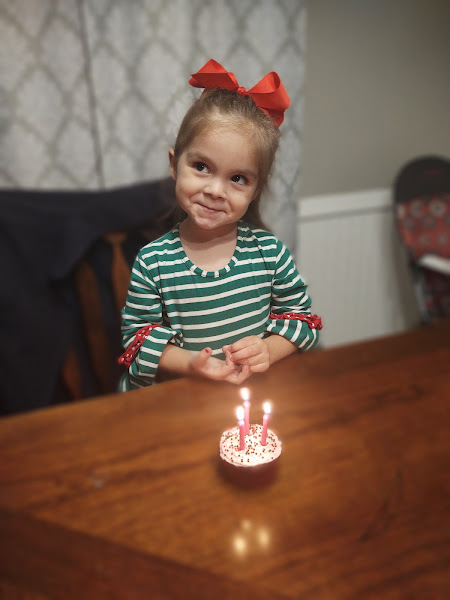 Then, it was time for cupcakes!  How did this sweetie turn 3 already?  Being a Lolli to her and Freedom is one of my greatest joys.  Sure do love these girls!! 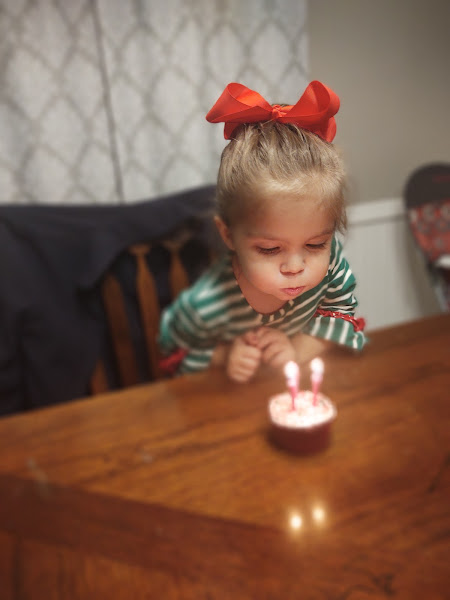